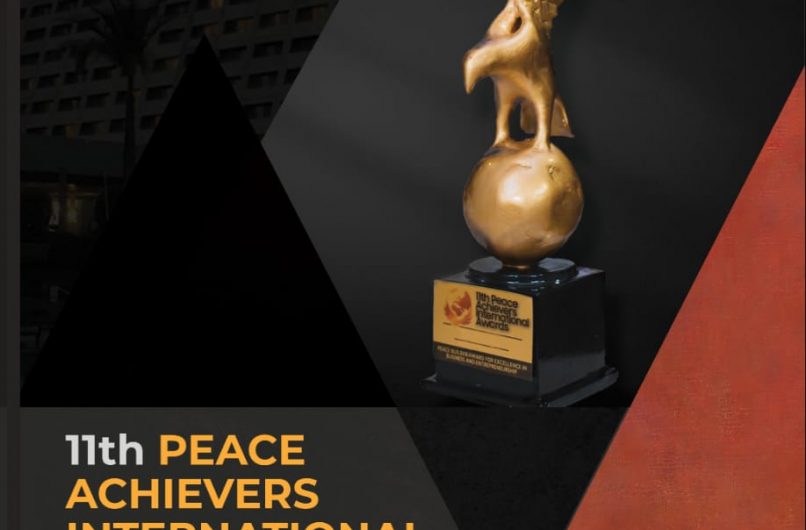 A renowned indigenous, but international award, organized to honor personalities who have contributed to the development of peace across the globe has announced the 11th edition of the prestigious Peace Achievers International Honors 2022 in partnership with American Management University USA.

Themed: “Role Of The Nigeria Youths, Business And Community Leaders, Media And Security Agencies In The 2023 General Elections,” it was also confirmed that the forthcoming award ceremony will focus on 2023 elections and those who have contributed to making sure there’s peace in the land through humanitarian services and community development.

Speaking with the Founder and President, Peace Ambassador Agency Worldwide, Amb. Kingsley Amafibe encouraged government institutions and prospective development organizations to join the campaign for peace by participating in the forthcoming event, so as to ensure the undeterred promotion of peace across the globe, which cannot be achieved by the Organization alone.

He also pointed out that the forthcoming election is pivotal to the unity and stability of the nation and would be of utmost importance for all private and public sectors to be on hand to forge a way forward during the conference.

It was gathered that nominations for awards in different categories have already begun on all electronic platforms. Presently voting is ongoing at the official website of Peace Achievers International Awards.

The Peace Achievers International Summit/Awards 2022 is slated for October 15 at Sheraton Hotel Abuja Nigeria from 5 pm.
The Award is an annual event that brings together various international organizations around the world as stakeholders. The peace project is building a global partnership for Peace around the world.