Amb Kingsley Amafibe: Giving Event Packaging A Classy Look In Abuja, One Of the People You Should Know

HomeUncategorizedAmb Kingsley Amafibe: Giving Event Packaging A Classy Look In Abuja, One Of the People You Should Know
Let's Start 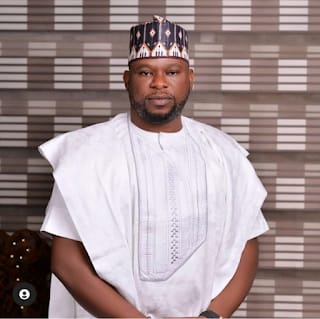 Amb Kingsley Amafibe: Giving Event Packaging A Classy Look In Abuja, One Of the People You Should Know

The Abuja narratives in social life are rapidly taking a new turn courtesy of new sheriffs in town. Before recent times, the FCT was not known beyond being the nation’s seat of power where politicians meet to plot their political survival and restrategise against the next political year. Added to this is the fact that it houses key government ministries, departments and agencies. One can therefore safely say the city is a civil service state where the calendar cycle runs Monday-Friday, unlike Lagos where the large quantum of commercial and social activities run all week.

Interestingly, the I-cannot-kill-myself philosophy of Lagos where social life runs at par with work-life seems to have in a way crept into Abuja. Residents of the nation’s capital unlike in the past do not need to travel to Eko to unwind after a week-long work. What they are looking for in Sokoto is now in their shokoto, as we say in our parlance. Then why not save the flight ticket and have a full blast here at your doorstep?

This again accounts for why some top-class MCs, comedians and artists are finding their survival in a city once considered a rocky ground for the entertainment industry. Credit must be given to those who are bringing Abuja to the limelight with social life, thereby offering residents the opportunity of easing off the accumulated work-induced stress while getting them ready for a more healthy and productive lifestyle through a sound and emotionally balanced psyche. Some of these event gurus started as pageant beauty contest organisers years back but have enlarged their scope to package events that adorn the presence of top socialites, politically exposed persons, business moguls and entertainment icons.

These visionary event organisers have not only created a niche for themselves, but they have also equally gone ahead to give Lagos a run for its money. In a short while, they have brought fame, attention, accolades, satisfaction, recognition and glamour to the FCT, thereby reviving the social life of the Abuja residents once in limbo.

In no particular order, these five individuals and organisations based on our research have contributed immensely to thrilling the residents of FCT with memorable events. Also note that Venue of Event, Quality Of Personalities, Turn Out of Individuals, Event Packaging, Media Presence & Visibility, Human Relation and Profit/ Income generation form the criteria for our listing.

The Chairman Peace Ambassador Agency, Amb. Amafibe is one of the backbones of events and entertainment in Abuja. He started on a right and strong footing with the unveiling of his Miss Ambassador for Peace Pageant. It has over the years harvested several embodiments of beauty and brain from across the country that has left enviable footprints in their various endeavours. From the fountain of this dream sprang entertainers, models, authors and respected financial experts. Amafibe’s vision brought to the limelight these young ladies, largely from a not-too-rich background, dusted up their talents and made them discover themselves.

With the level of confidence he impacted in them, they have not only become useful to themselves but have become assets to their families and the entire society. The platform also linked some of these beauty queens to mouth-watering contracts that changed their lives for good while others met their life partners here and are happily married.

A man whose word is his bond, he stands out as one of those pageant organisers who keeps to agreements with the contestants. He has remained consistent in redeeming pledges of cars as star prizes to winners along with accompanying consolation prizes. Without mincing words, good numbers of winners of Miss Ambassador for Peace Pageant since inception have smiled home with beautiful cars.

The company, Peace Ambassador Agency later introduced Peace Achievers Award which was initially organised along with the Miss Ambassador for Peace Pageant. As time progressed, seeing the massive pomp and pageantry it attracted, both events were separated from each other and organised independently. The Peace Achievers Award in no distant time attracted the presence of politically exposed individuals including Governors, Senators, House of Representatives and State Houses of Assembly members, top government functionaries, notable businessmen and socialites who have at one time or the other been honoured with this prestigious award for their contributions to peace and unity of Nigeria. The award was later rebranded as Peace International Achievers Award.

As a peace advocate, Amb. Kingsley Amafibe is not oblivious of the role youth empowerment plays in entrenching a lasting peace in the country. An engaged youth will not think of stoking the embers of crisis and disunity among his kinsmen. To this end, he went ahead to introduce the Big Dreams Reality TV show, through a subsidiary of Peace Ambassador Agency, Good Dreams Multi-Media Concept.

With this platform, he discovered and harnessed a plethora of talents among the youth population during their tasks in the camp. This again attracted like-minds, ranging from high profile celebrities, notable youth advocates and young political leaders who did not only visit the camp to identify with the youths while their task lasted but also supported the dream through cash and kindness.

Unlike many others, Amb. Amafibe did not jettison his first passion, the media which indeed reasonably gave him leverage in many other dreams he has been able to accomplish. The publisher of Alpha Plus Magazine has gone ahead to rebrand the magazine for optimum performance, having existed over the years as a monthly national publication. Notable individuals from all endeavours of life in entertainment, showbiz, business, politics, etc have all adorned the cover page of the prestigious newspaper that has become a household name in Abuja and surrounding cities.

Recently, he authored a book with the title “Rise Of African Fashion Designers And Lifestyle” which is currently selling on Amazon.

In recognition of his visible contributions in the industry, he was recently honoured as an honorary “Doctor of Management and Entrepreneurship from the Institute of Management and Leadership USA in Partnership with American Heritage University Southern California” at his event. This, therefore, qualifies him to attach the prefix “Dr” in front of his name.

To assemble all fun lovers in Abuja and environs to unwind after a hectic year, full of hustle and bustle, he introduced Abuja All White Pool Party under his Good Dreams Multi-Media Concept. Irrespective of unmet and missed targets which sometimes characterise our year, there is every reason to celebrate, especially by being among those who have seen the end of the year in a society where people are felled for fun.

The Abuja All White Pool Party has over the years provided a platform for families to ease off their stress and relax in the most serene and calm atmosphere. This has been hosted in very high profile centres across the FCT; from Sandrallia hotel to Commodore Suites, Kanary Wellness Centre and others. Abuja residents always walk home with fun memories at the end of each All White Pool Party, waiting with bated breath for the next season which is billed to hold on 5th December 2021 at Commodore suite, Wuse 2.

Amb. Kingsley Amafibe stands out in the comity of event organisers because he takes cognizance of the venue before delving into an event. Top-class sports such as Transcorp Hilton, Sheraton Hotels and Towers, NAF Conference Centre etc are always his choice. It takes an organiser who understands his onion to consider hosting an event in these and other A-rated centres. Undeniably, these centres have not only attracted him fame but fortune.

In terms of the quality of persons he has attracted to his events, he has brought in the high and might from various parts of the country and life endeavours. He is also known for pulling a massive individual turnout in all his events. From Miss Ambassador for Peace Pageant to Peace International Achievers Award, Northern Nigeria Peace Awards, Big Dreams Reality TV show and Abuja All White Pool Party, the turnouts have been very humongous. In some of his events, he has had a reason to make provision for an expanded hall, bring in additional seats for the comfort and relaxation of the teeming respected guests.

He is rated high as an event packager in Abuja. He stands out not only in giving every event a touch of class, he goes the extra mile to ensure that lighting, sound, red carpet and whatever that event needs to have an international outlook is provided. These are not unconnected to why he is sought-after to individuals, bodies and corporate organisations who want to have a spotless event in the nation’s capital.

As a publisher and media entrepreneur, he treats with utmost seriousness anything that concerns the media in his events. He understands the essence of publicity and visibility and does not handle the same with laxity. Before during and after events, he ensures a high level of publicity and this has led to a mutually beneficial relationship between his organisation and media houses, both electronic, print and online. The streets of Abuja are greeted with billboards, posters and banners that announce to residents that something big is about to happen in their neighbourhood.

In human relations, he has carefully recruited well-bred, thoroughly trained ushers who relate with guests with a very high sense of dignity. He has ensured that guests do not only have something valuable on their tables during events but go home with their heads high that they did not miss the event.

He has grown from strength to strength over the years in profit/income generation at the end of each outing. It is only gratifying to recoup an investment after putting in so much to host an event to the satisfaction of guests. To assemble individuals, thrill them with earth-shaking contents and then recoup your resources only encourages you to do more.

Little wonder he has continually reinvested his funds in remodelling his business empire through the establishment of new offices, acquisition of new operational equipment, including cars and recruitment of manpower for effective service delivery. At a recent disaster where his wife’s shop was razed down in the Gwarimpa area of the city during a fire outbreak, coupled with the demolition of his own office space in the Wuse 2 area by the authorities of FCDA, he emerged stronger within a twinkle of an eye to the chagrin of many.

Today, he is rated high as one of the event entrepreneurs who occupies one of the most beautiful, well packaged and smart offices in the highbrow area of Abuja.